Ghar Shagna Da is a one-stop shop for all Men and Women’s clothes in Chandigarh. It provides the best range of clothing @ affordable prices. Quality Assurance. We specialize in making outfit material for a very special day of every girl’s life i.e. Wedding. We understand your necessities and craft exquisite Lehenga, Bridal Lehenga, Fancy Bridal Lehenga in chandigarh collection that reflect Indian heritage as well as suit every budget. 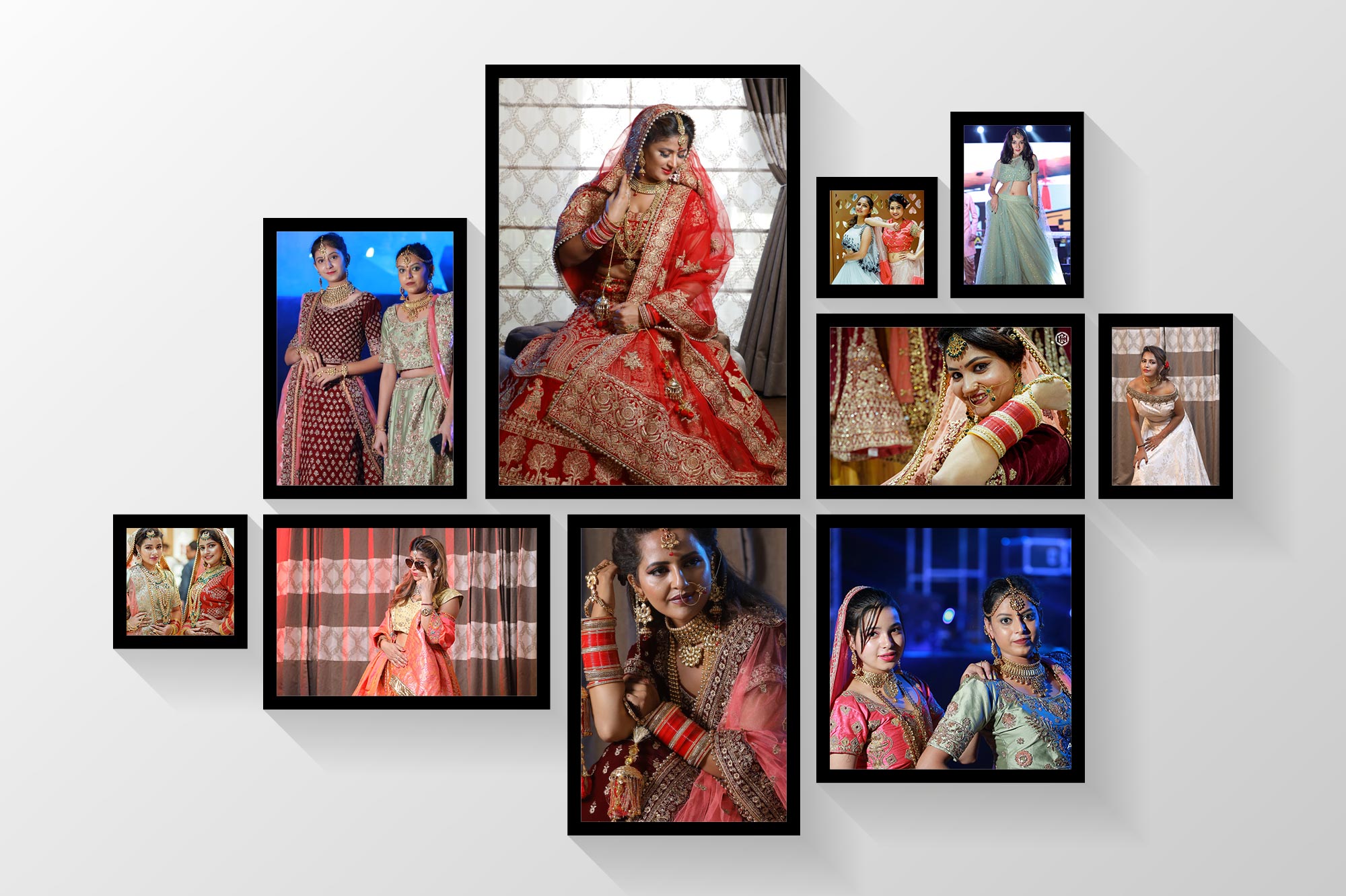 It is one of the most contemporary Manufacturers, Supplier & Trader of Ladies Ethnic Wear, Bridal Lehenga, Fancy Bridal Lehenga, etc. We have a plethora of alternatives for your dream wedding apparel in many colors, designs & sizes and our customized solutions are like an icing on a cake for the clients. We specialize in making:

We have carefully selected our highly professional team of designers, craftsmen, weavers, supervisors and other experts. All our craftsmen and weavers are skilled in fabricating any design using the latest technology and machinery like embroidery machine, industrial sewing, and stitching machines. Due to their expertise and hard work, we are able to satisfy our clients by delivering flawless collection within stipulated time frame. Moreover, we conduct training sessions to keep our designers and craftsmen abreast of the latest fashion trend.

Lehengas for Rent in Chandigarh

Lehenga is an all-time saviour for the women who feel like saree isn’t their cup of tea. Lehengas have marked their imprint in almost every wedding in India and in most of the neighbouring countries,irrespective of region,religion or time. The no hassle outfit sure knows way around a women’s heart,clinging seductively around the hem and the waistline sometimes it creates a sight of pure fertility goddess, while sometimes by flaring like a skirt it saves you from the awkward stares at your heavy lower body. Ghar Shagna Da. Though lehengas have changed a lot with en no. Of designers creating form of art and what not on their lehengas,the basic concept of lehenga choli haven’t changed much.It is still worn as a three piece outfit,with a skirt starting from the waistline,just below the navel all the way to the toes,paired with a blouse or a corset with it’s length depending on a person’s reservations,accompanied by a stole or a dupatta to be worn around the neck or as a shoulder drape.

While Indian subcontinent wasn’t alien to the concept of Ghaghra choli,a common worn outfit by the commoners and the royalty alike, lehengas came into picture with the advent of Mughals,though international trade had already begun and Lehengas were no secret to royalty, it was when some mughal Kings decided to make India their home when commoners started acknowledging their women’s sense of style, their three piece ensemble with detailed flowers and other patterns mostly related to nature generously embroided with gold thread,motifs and beads from all over east Asia, the delicate and intricate work done on their lehengas caught their attention.And today lehenga is a must have outfit for every women in the country,irrespective of reservations regarding size and shape,a lehenga is the go to outfit for every wedding,and traditional function apt for any time of the day.

While women who like being in trend indulge themselves in the magazine binging, weekly gorging on the latest bridal lehenga wear magazine,others who are more of tech savy lurk religiously at their favourite designer’s instagram account,keeping a know how list of what their favourite celebrity is wearing. Ghar Shagna Da. There are also some who themselves are a designer in making, having a keen eye of what pattern or fabric suits a body type and are playful with patterns. So whatever your choice of lehenga be, a designer lehenga choli from a high end designer,bridal lehenga from a luxury showroom,or one from an online portal like mirraw that has almost every lehenga design known to human sight, there’s one to suit every body type,it’s just on you to decide which one is yours.

Though the lehengas are known as a ready to wear outfit,not every lehenga choli suits every occasion or every body type.With Indian women being of a diverse body shape altogether,the need for different designs of lehengas arose and gave way to the variety we see at present,suiting atleast one body shape or more.

For instance an A style lehenga has it’s skirt designed in the shape of Alphabet A,it’s more or less fitted on the waist and gets flared in shape of a cone as it reaches the hem,giving body a triangular or rather A shape,which is a great option for someone with a pear shaped body,pair it with a princess cut choli,huge delicate pearl

A circular or anarkali lehenga is hugely flared like a skirt with en no. Of kalis or pleats starting from the very waist,the more the kalis the prettier the lehenga,the richer the impression it gives,one can experiment with the circular lehenga as much as to one’s likings, one can opt for layered circular lehenga but only if you are an average body shape or petite and not very short,while one can opt for large pleats if one’s lower body is light cos it adds weight to the look,don a circular kalidar lehenga choli with a heavy kerala style head gear in dull gold,some mogra gajra,high heels and aviators and gear up for compliments zooming your way.

Sherwanis for Groom in Chandigarh

Though, sherwani is the national dress in Pakistan, Indian men wear it only on some special occasions. No wonder, with time the designs and styles have upgraded to match the taste and culture of the country. Best Sherwani on rent in Chandigarh. Sherwani is the unique outfit of men’s clothing especially wore at weddings and also stated as the symbol of culture. Sherwani comes in fabric of silk with hand-made embroidery and to contrast the Lehenga of the bride. It is usually worn for formal occasions especially by the muslims of Rajasthan, Hyderabad and Uttar Pradesh. Sherwanis for Groom in Chandigarh

The Origin of Sherwanis

The origin of Sherwani was appeared in Central Asia during the period when in the Delhi Sultanate and Mughal Empire it was the dress code for the Persian and Turkish nobles. By the end of 18th century, it became very popular within the men’s community. Wedding Sherwanis on rent in Chandigarh. 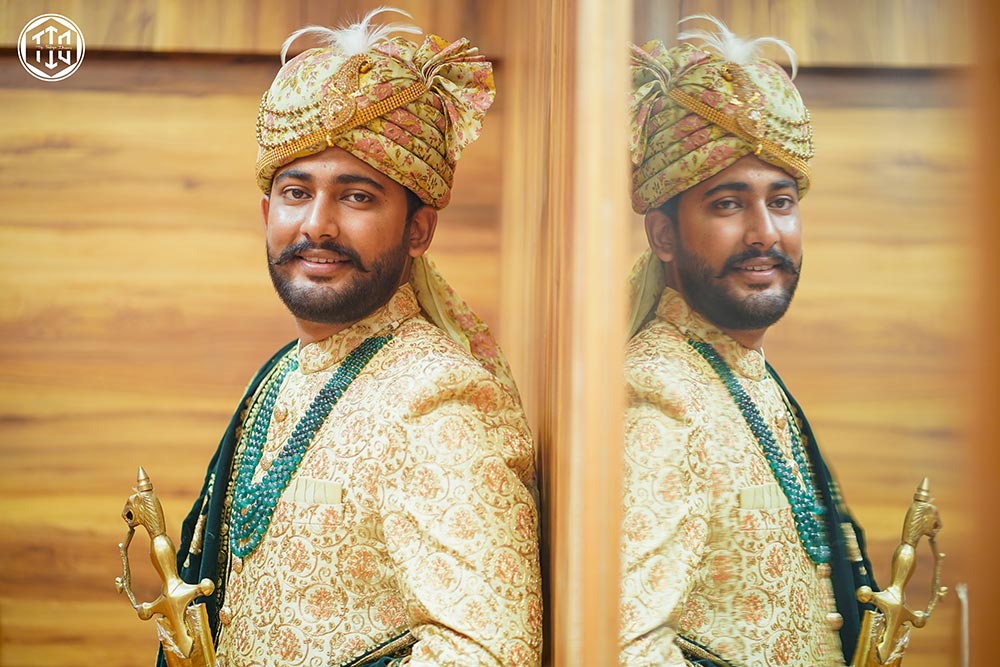 The Fabrics of Sherwani

There are various number of fabrics that can be used for the purpose of a sherwani. The one chosen by the groom will depend entirely on his personal preference as well as his budget. Best Sherwani on rent in Chandigarh. Sherwanis for Groom in Chandigarh. Various kinds of poly-silk and silk are the fabrics mostly chosen for the wedding sherwani. You can find sherwanis in cotton also. Whatever be the fabric, Indian wedding sherwani is often heavily embroidered. In some cases, sequins, stone work, and crystals are also used to adorn it. Sherwanis on rent in Chandigarh

Another one for all lehenga design is panel length lehenga,where multi coloured or multi design patterns are sewn together in form of a lehenga,mostly preferred in circular lehenga Shape,a new favourite of innovative bride to be’s this lehenga is one of the most sorted out lehenga design for mehendi and Sangeet,for the use of vibrant colours and patterns in it makes it add a tinge of peppyness to the do.

Ghar Shagna Da A straight cut lehenga can be worn by anyone with an average, plump or petite body,since it falls straight from the waist like a wrap around it leaves zero chance of hugging to lower body,making it a great choice for someone who’s a bit on the heavier side.While Fish tail or mermaid lehengas, a must have for someone with a hourglass body are a great hit for this season and every season to come,the lehenga fits snugly from the waist all the way to knees and wing out exactly at the knees like a fish tail,making it accentuate the curves and the edges of someone who’s longing to flaunt them.But keep in mind to not avoid too much embellishment or the whole attention will fall on it.

The newest trend this season was the introduction of high low hem lehengas,this not a short girl friendly lehenga made it to most of the couture weeks and the bollywood shadis,in it while the back hem swipes the floor like a veil in white weddings,the front hem is mostly preferred to be shorter in comparison,allowing freedom of feet movement,making it a great choice as a bridal lehenga.